Thanks for joining. We're so glad to have you. Here are some ideas to get you started on the road to cooking smarter.

Recipe development
Follow along as we develop a recipe from start to finish. Each day, our chefs keep notes as they modify, test, and improve their recipes. Use what you learn to test our recipes and offer suggestions, or develop your own!

Classes
Drawing on our years of combined culinary experience, we create hands-on online classes about food and cooking that are both informative and entertaining. We won't tell you how to use a whipping siphon or make macarons from scratch — we'll show you.

Thanks for joining the Community!

Check your email for updates on new Recipes, Classes and more.

We Need Cookies ChefSteps accounts work best with cookies enabled in your browser. These are little text files stored on your computer that tell us to remember stuff. If you just want to look at recipes, go for it! If you want all the benefits of an account, please enable cookies.

ChefSteps is a high-tech cooking company committed to changing the way people cook in their homes.

For enthusiastic and curious cooks who want to become more skilled and creative in the kitchen, ChefSteps is a company made up of award-winning chefs, filmmakers, designers, scientists, and engineers that provides high-quality content that inspires and educates, and develops hardware and software solutions that enable success.

We are Chris Young, Grant Crilly, and Ryan Matthew Smith—all alumni of the creative team that produced Modernist Cuisine: The Art and Science of Cooking.

Chris is the principal coauthor of the acclaimed six-volume work Modernist Cuisine: The Art and Science of Cooking, which was named both the 2012 Cookbook of the Year and Best Professional Cookbook of the Year by the James Beard Foundation and has been a worldwide best seller. Chris was also the founding chef of Heston Blumenthal’s Fat Duck Experimental Kitchen, the secret culinary laboratory behind the innovative dishes served at one of the best restaurants in the world. Prior to becoming a chef, he completed degrees in theoretical mathematics and biochemistry.

Grant was the first development chef hired by the Modernist Cuisine team. Prior to this he was chef de cuisine at Busaba in Mumbai and Mistral in Seattle, and served as head development chef at Delicious Planet. He has cooked for Pascal Barbot at L’Astrance, worked with Pierre Hermé’s team at Grégoire-Ferrandi, and practiced butchery at Bajon Jean Pierre in Paris.

Ryan was the principal photographer and photo editor for Modernist Cuisine: The Art and Science of Cooking. Smith’s work has been featured by PPN, Photographer, Life, Time, The New York Times, Feature Shoot, Quo, and Abduzeedo.

It all started at the Cooking Lab, an experimental kitchen in Bellevue, WA founded by former Microsoft CTO Nathan Myrhvold, where we collaborated on the acclaimed six-volume cooking opus Modernist Cuisine. We spent four years developing the recipes, science, and art that would eventually become the definitive guide to contemporary cooking. But after the monumental achievement of Modernist Cuisine, we wondered: What’s next?

We wanted to preserve all of the elements that made Modernist Cuisine a success—a brilliant team, a collaborative process, a focus on experimentation—so we decided to build our own experimental kitchen where we could keep doing what we love: exploring what’s possible when the art and science of cooking come together.

We built a workshop, Delve Kitchen, located in Seattle’s historic Pike Place Market—just steps from the farm stands, butchers, fishmongers, and local artisans that make this the heart of Seattle’s food scene. Our space is filled with all the usual stuff you’d expect in a well-equipped kitchen, plus a number of exotic tools, technologies, and toys found only in research labs and machine shops. It’s also filled with tons of natural light and comfortable, organic materials, much unlike the stark warehouse space in which we developed Modernist Cuisine. The light, open space we created here at Delve was an inspiration for how we wanted our next venture to look and feel.

Many people assume that we’d get straight to work on a new book. And though we love big, beautiful cookbooks (and we’re always excited when new ones arrive at our kitchen), this time we wanted to do something different. Something more interactive, more flexible, more versatile; something that reflected the evolutionary nature of cooking.

So we created ChefSteps.com, a place where we could share our ever-expanding knowledge and experience with curious cooks who want to learn the hows and whys of cooking. We built a site in the image of our kitchen: dedicated to experimentation, innovation, and research, and filled with light and color. With ChefSteps, we wanted to make the art and science of cooking accessible to anyone, novice and professional cooks alike.

Our team of 25 employees—chefs, filmmakers, engineers, scientists, and designers—are dedicated to making our vision a reality for you.

ChefSteps FAQs
What is ChefSteps?

ChefSteps is a high-tech cooking company committed to changing the way people cook in their homes.

For enthusiastic and curious cooks who want to become more skilled and creative in the kitchen, ChefSteps is a company made up of award-winning chefs, filmmakers, designers, scientists, and engineers that provides high-quality content that inspires and educates, and develops hardware and software solutions that enable success.

Who is ChefSteps for?

ChefSteps is for anyone who wants to become a better cook and is curious about the whys behind the hows in the kitchen. Our members include complete novices and experienced home cooking enthusiasts, professional chefs and culinary students.

Where is ChefSteps located? How many people? When did you start it?

ChefSteps is located in Seattle’s historic Pike Place Market. We built our own experimental kitchen and studio during the summer of 2012. It's filled with all the usual stuff you expect in a well-equipped kitchen, plus a number of exotic tools, technologies, and toys found only in research labs and machine shops. Better still, steps from our door are the farm stands, butchers, fishmongers, specialty grocers, and local artisans that make Pike Place Market the heart of Seattle’s food scene.

But its our team of 25 employees—chefs, filmmakers, engineers, scientists, and designers—that make ChefSteps unique.
Are the recipes and techniques at ChefSteps accessible to the average home cook?

With the previous project we worked on, Modernist Cuisine: The Art and Science of Cooking, a lot of people were skeptical that there was an audience for an expensive, six-volume cookbook focused on modernist techniques and the science of cooking. Thankfully, the skeptics turned out to be wrong and Modernist Cuisine has proven to be incredibly successful.

ChefSteps is no different. We believe that there are many cooks and chefs around the world who share our passion for recipes, techniques, and explanations that haven't been overly simplified in an effort to make them more accessible.

That being said, we work hard to make our content as accessible as possible. For example, we make it easy to purchase unfamiliar ingredients and uncommon kitchen tools, or when practical, describe alternative approaches that use more common ingredients and tools. And when someone has a question, or doesn't entirely understand what we're saying, we strive to answer them as quickly as possible.

How is ChefSteps funded?

ChefSteps was initially self-funded by the founders. We have received additional funding and support from Gabe Newell. 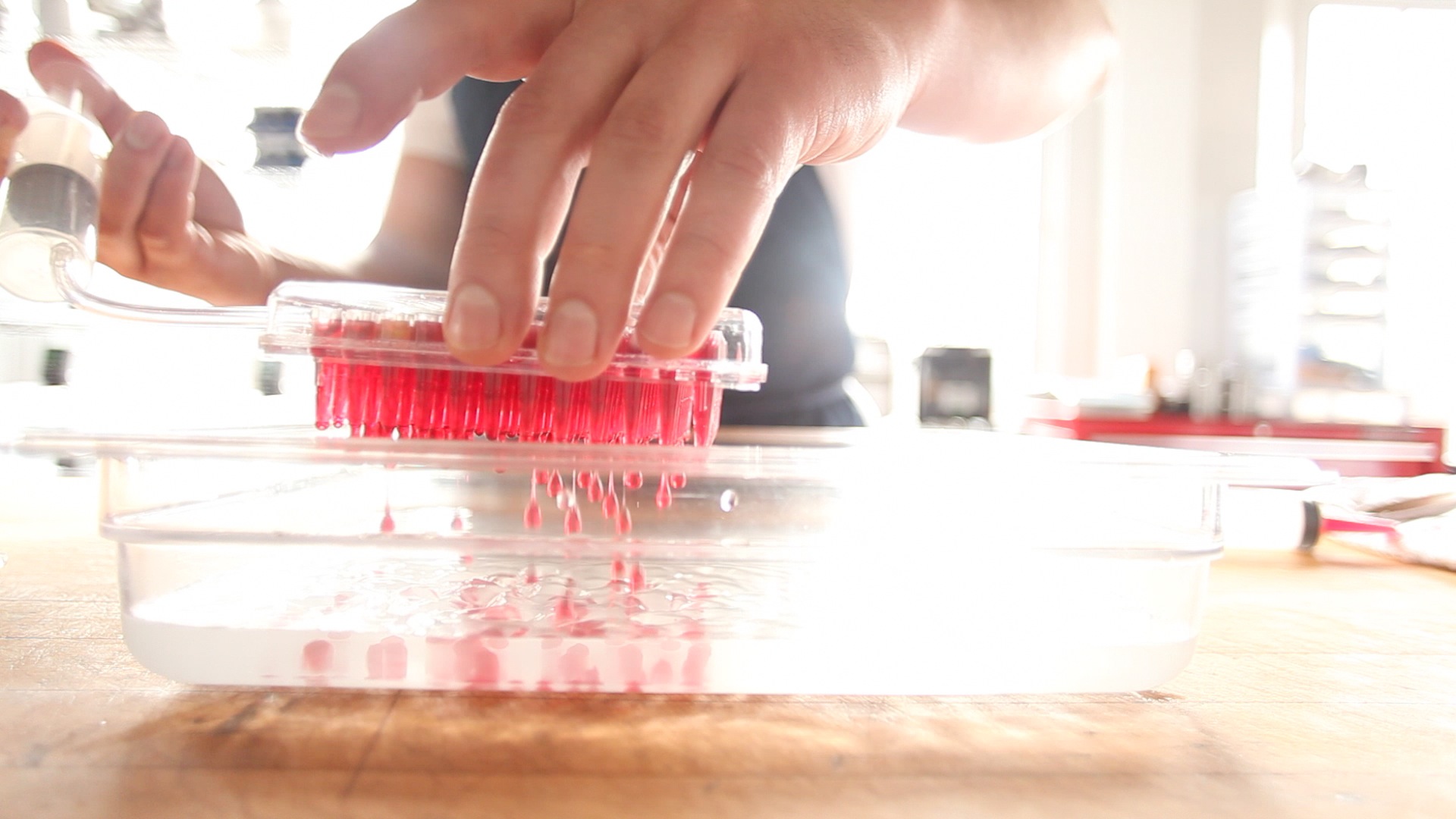 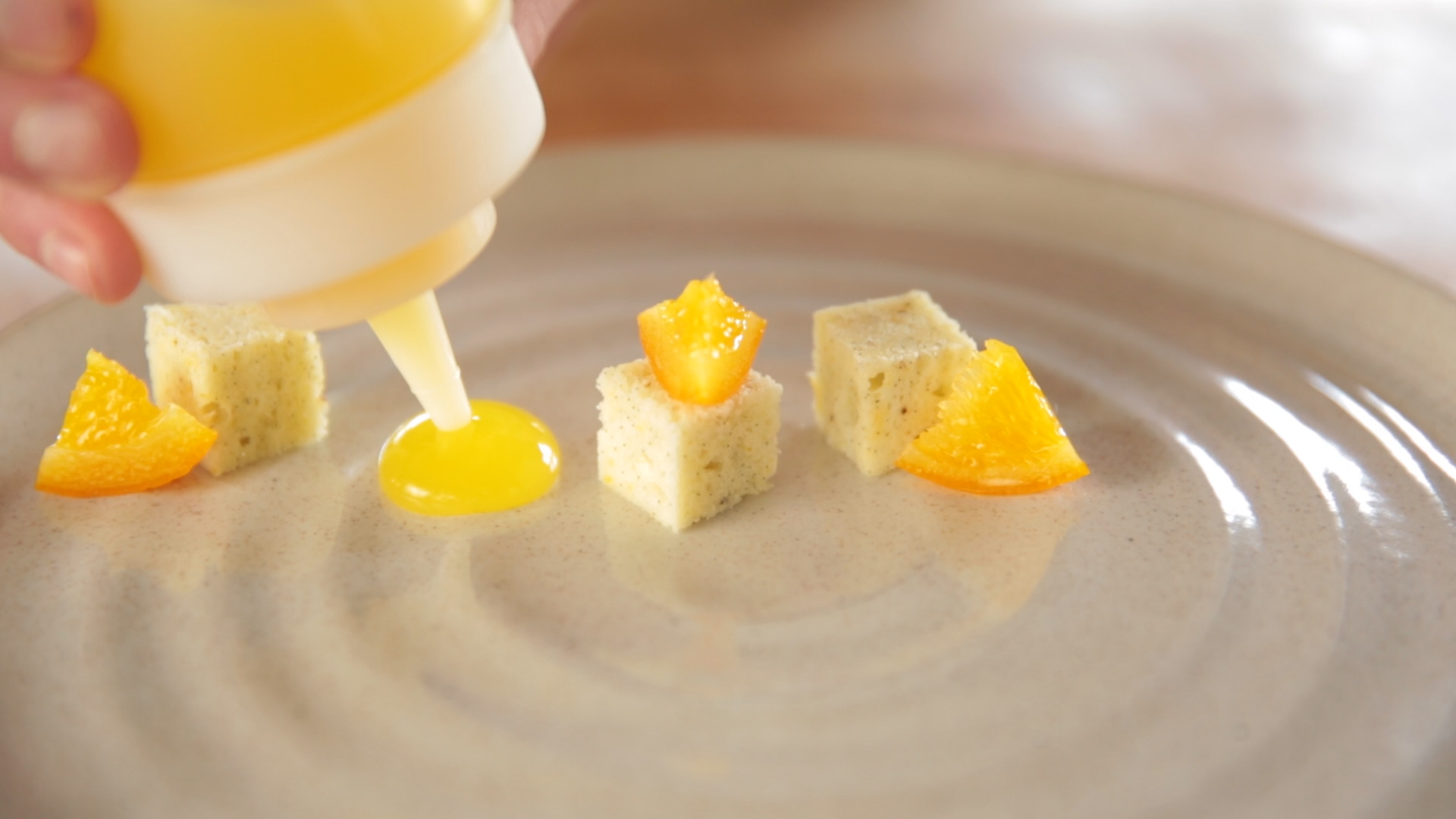 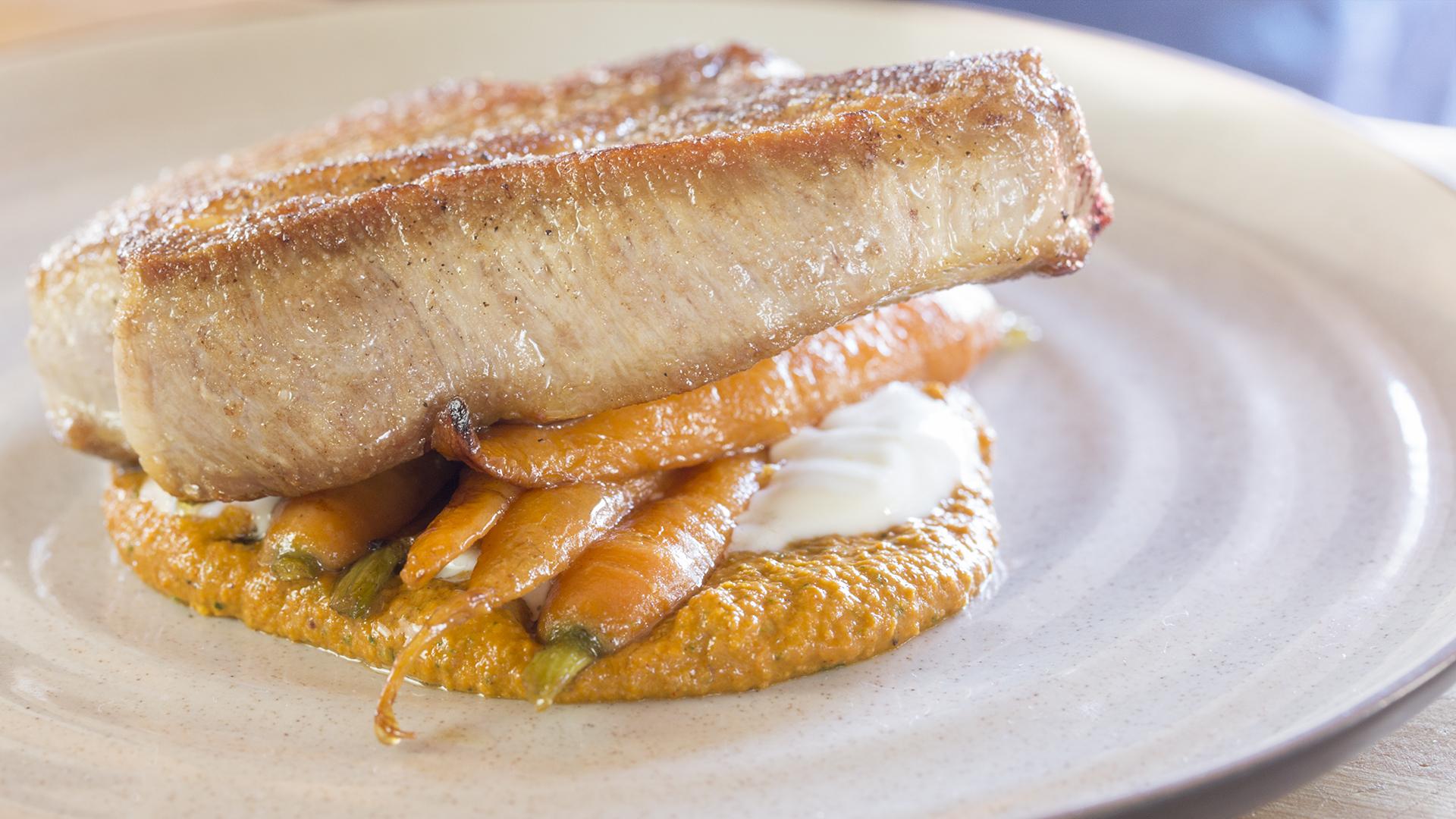 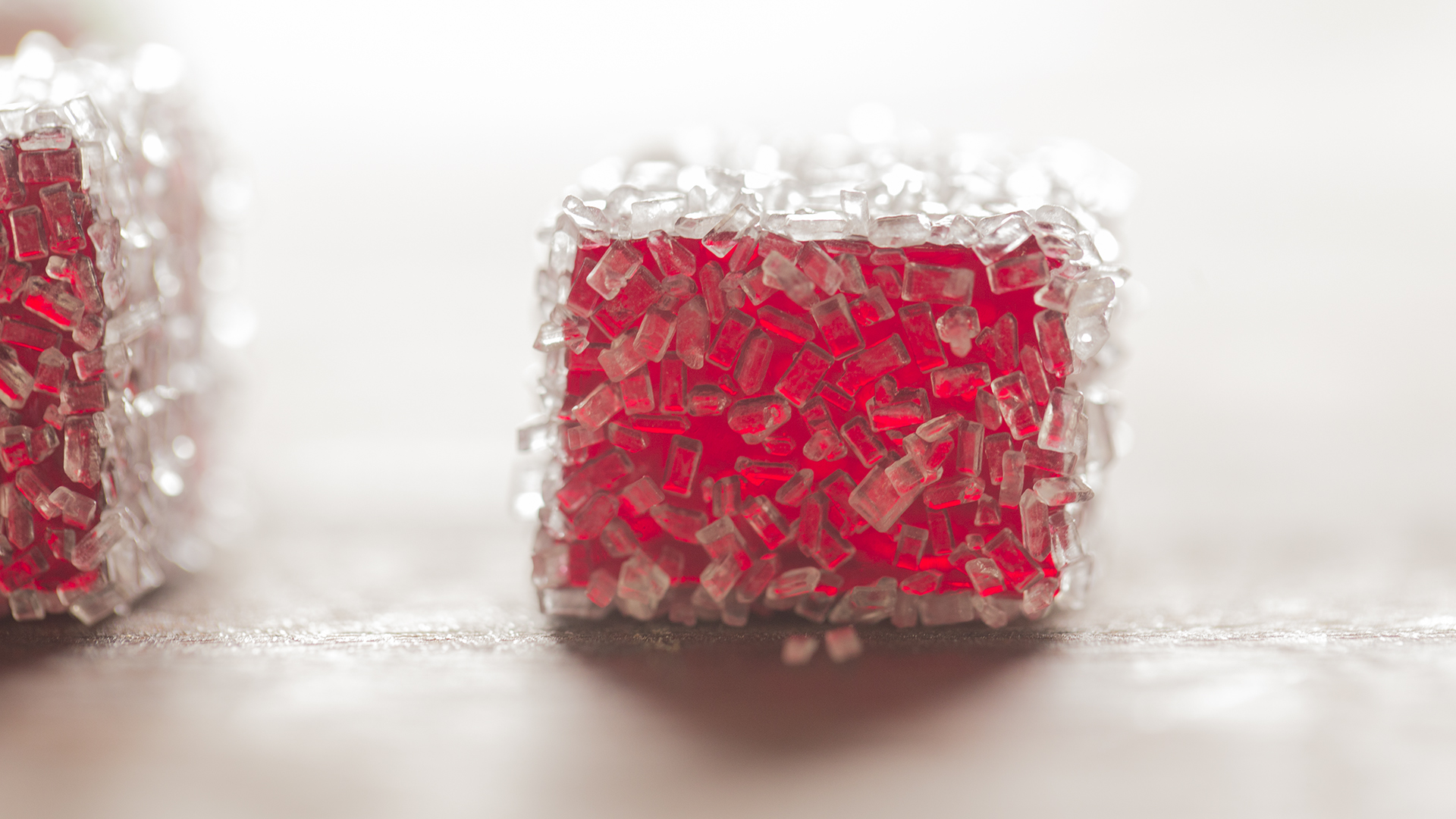 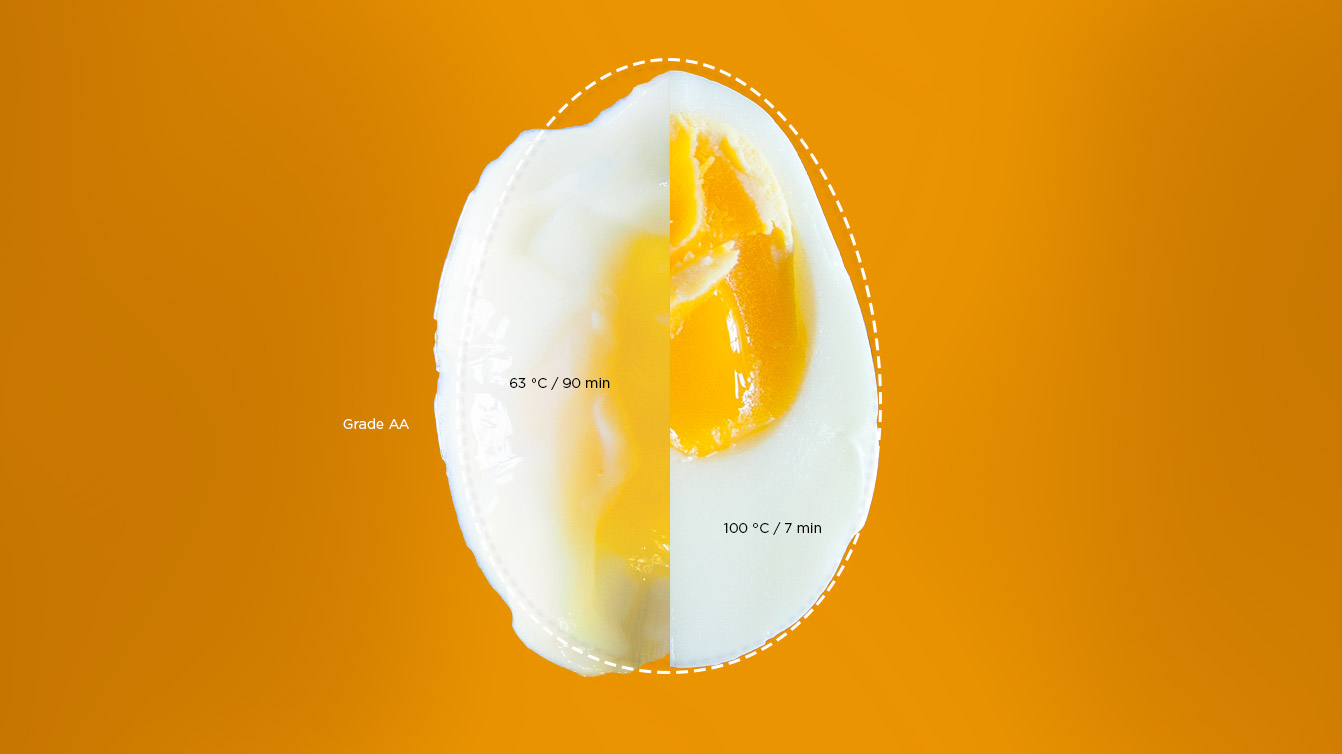 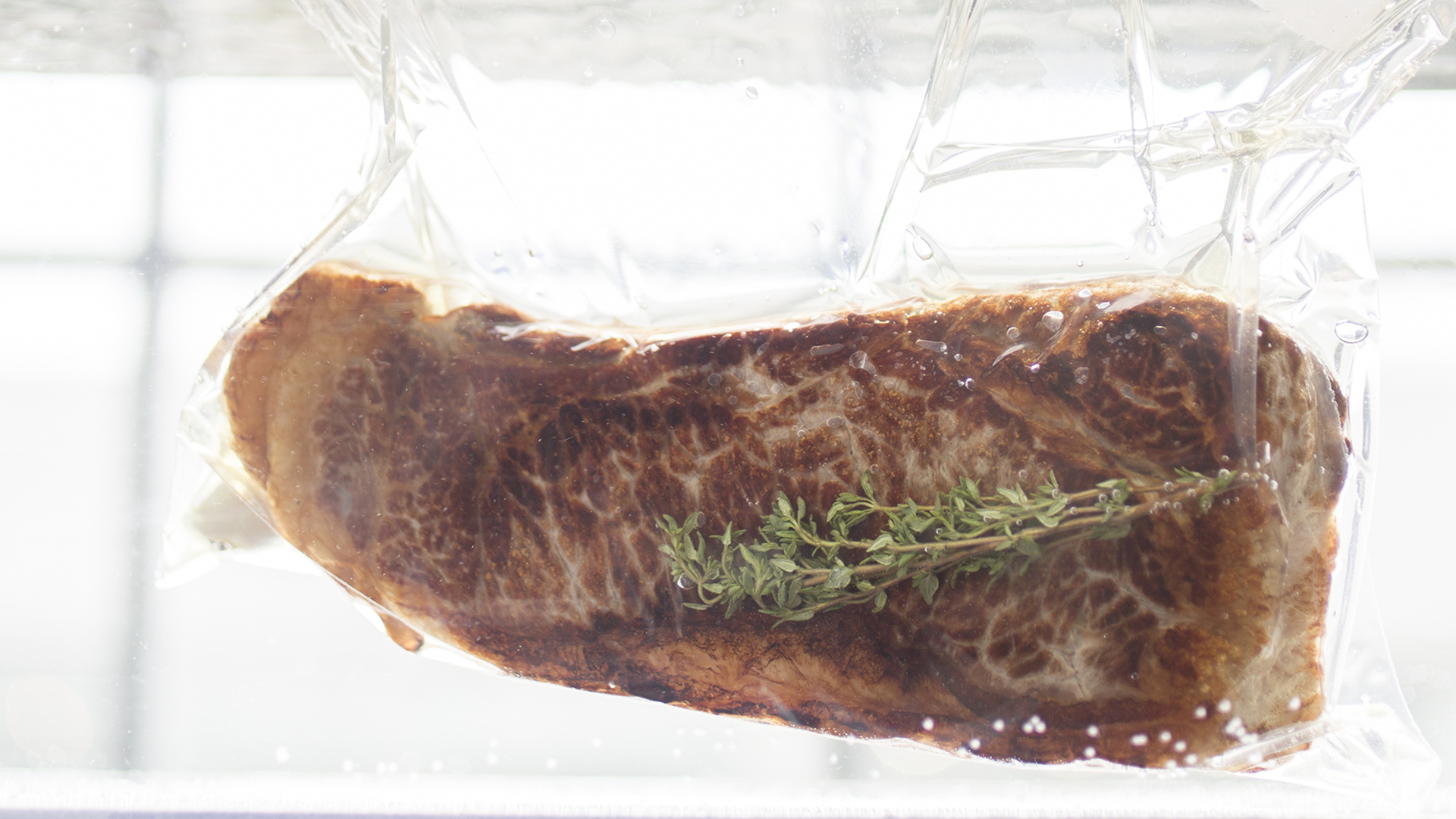 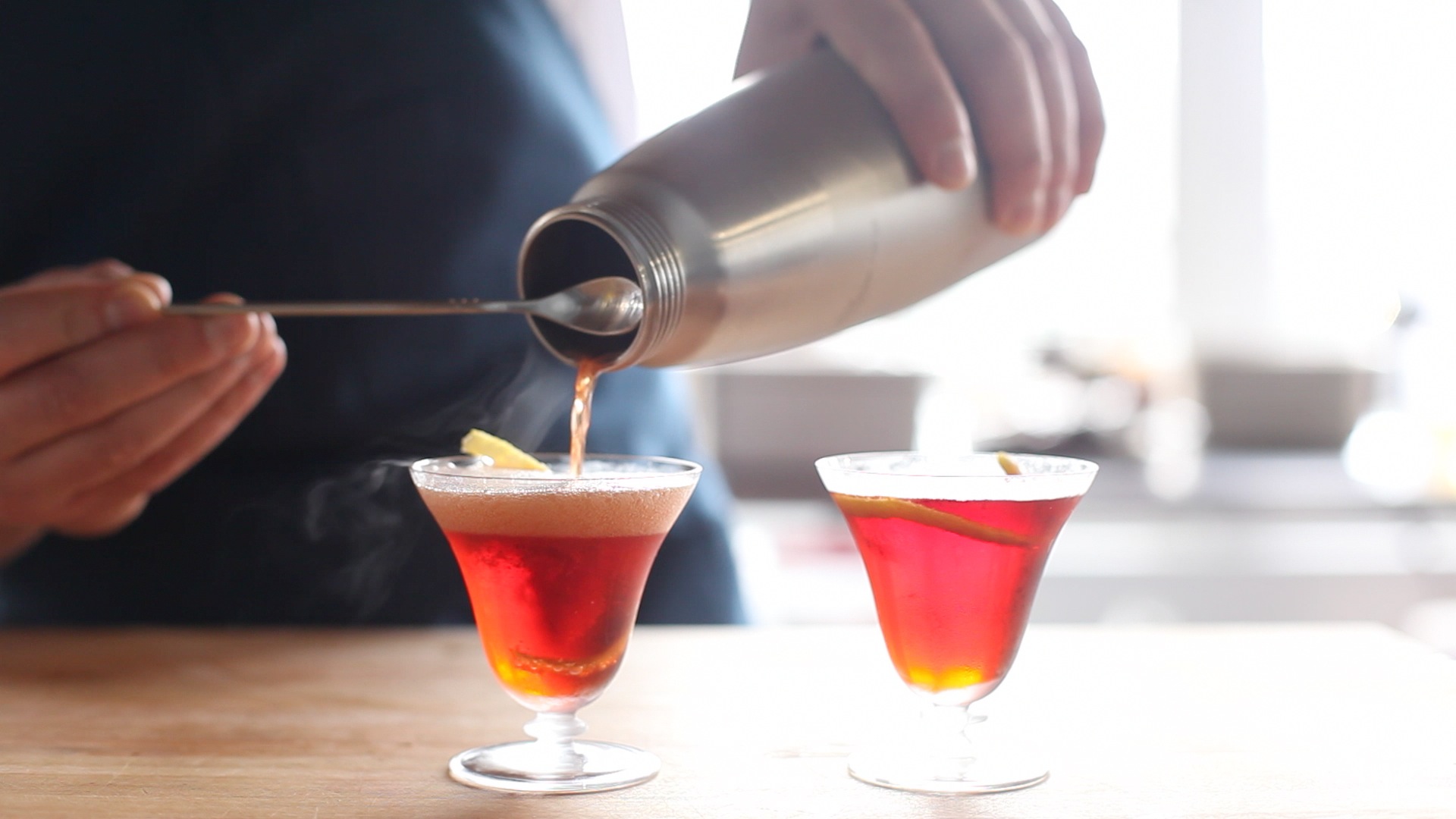 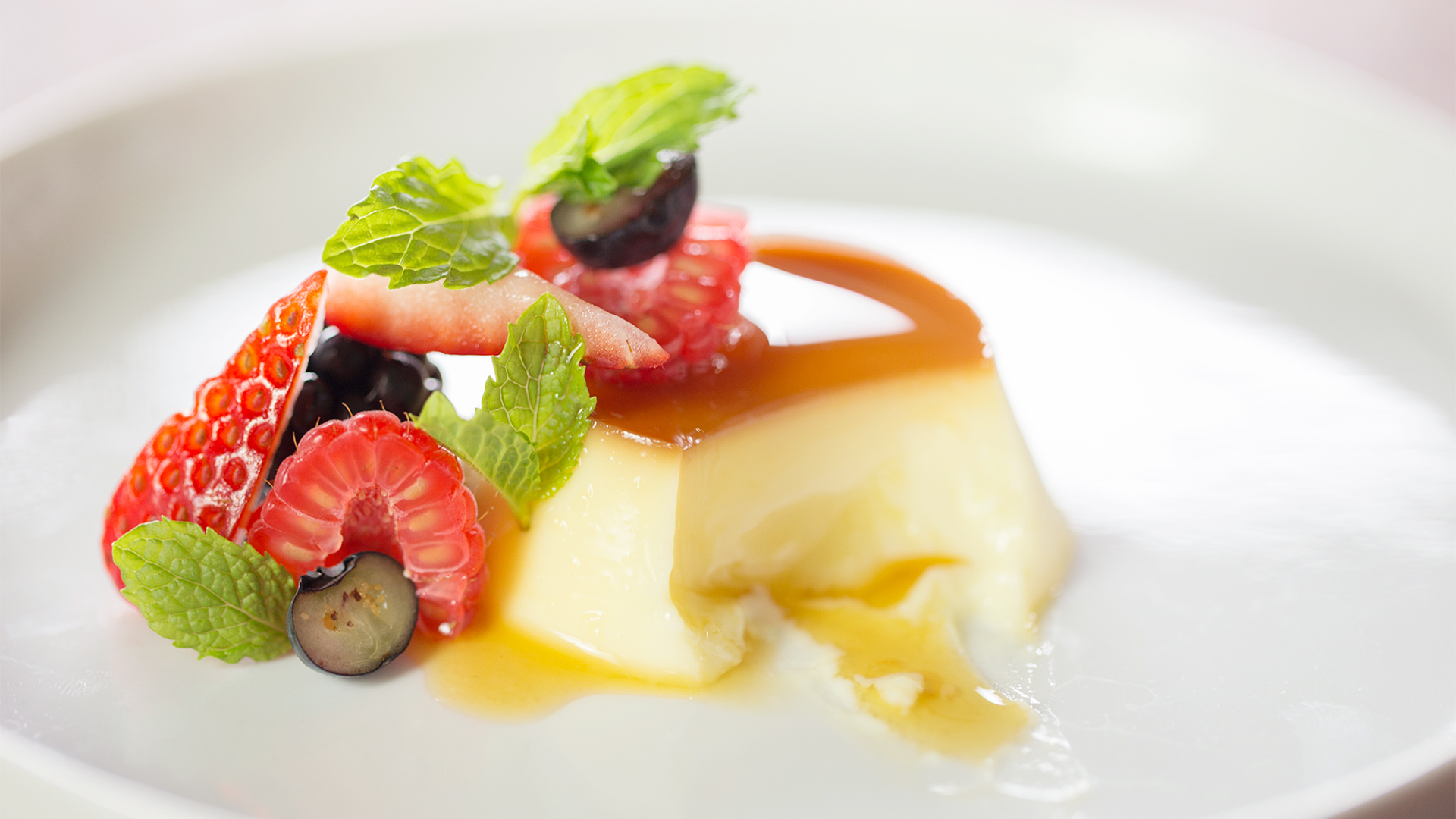 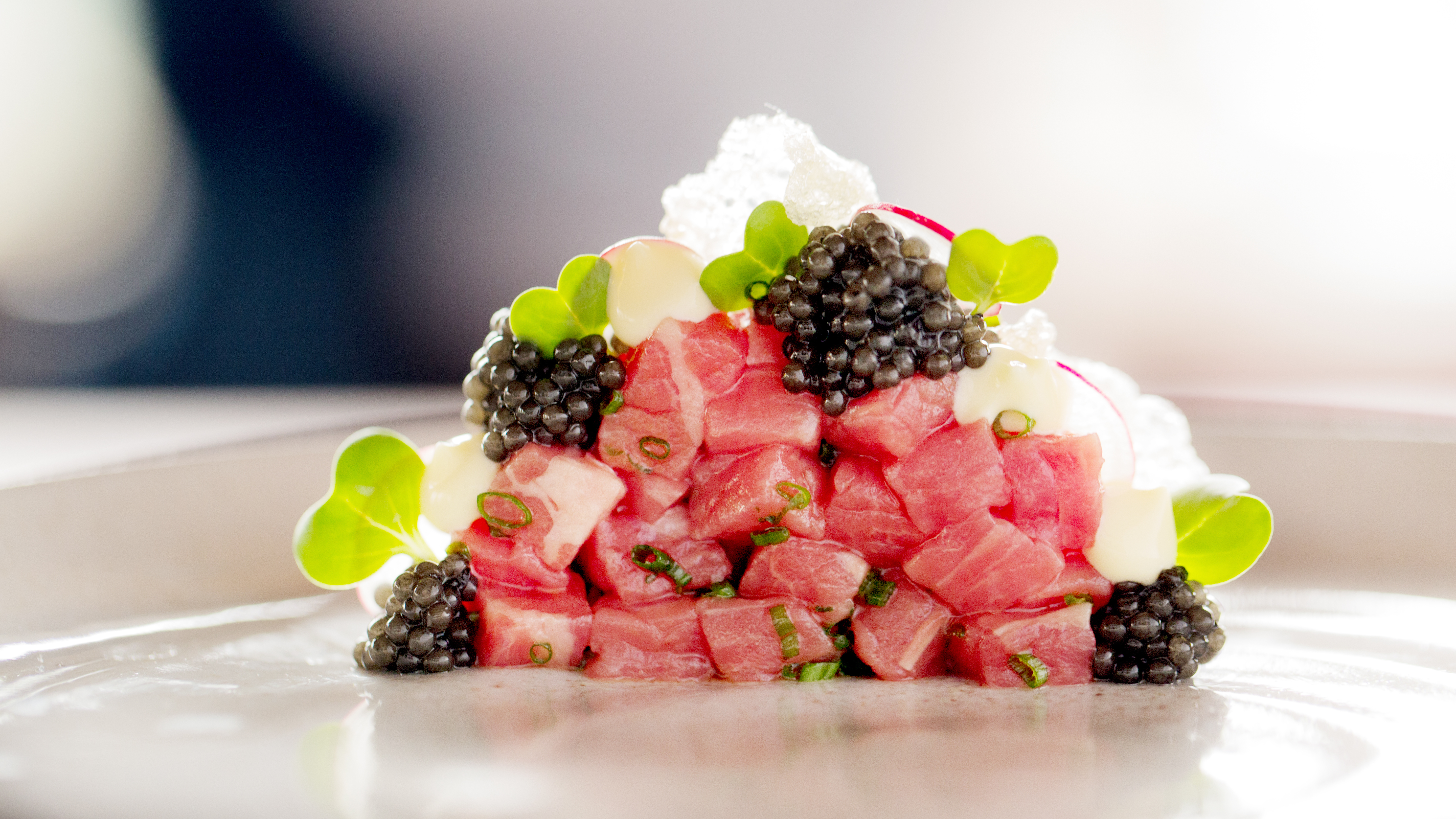 See all photos in dropbox